I had hoped to spend considerable time in the shop this weekend, but other commitments took up all of Saturday. After teaching T’ai Chi in the morning, a teacher’s meeting right after lunch, and a walk, I finally made it into the workshop. I managed to get a few hours in, which was enough to spend some time on both the bowl and the lowrider.

I found my gouge needed to be reshaped a bit, as pointed out by David Fisher when talking about gouge sharpening. Sharpening the curved edge of a gouge is totally new to me, and I think I did a barely passing job. I also think the maple blank I’m working on is not green, so much harder. But I think it’s mostly my sharpening job. I’ll take another stab at sharpening the gouge and likely do a better job. Lots of learning to do.

I continued refining the inside of the bowl using a mallet with my adze, then with a couple of gouges, sometimes with the mallet and sometimes freehand. I checked several times how thick the bottom of the bowl is at the center, and got it a bit thicker than 1/2" which seems right for a bowl this big. The varied color in the spalted maple is growing on me. 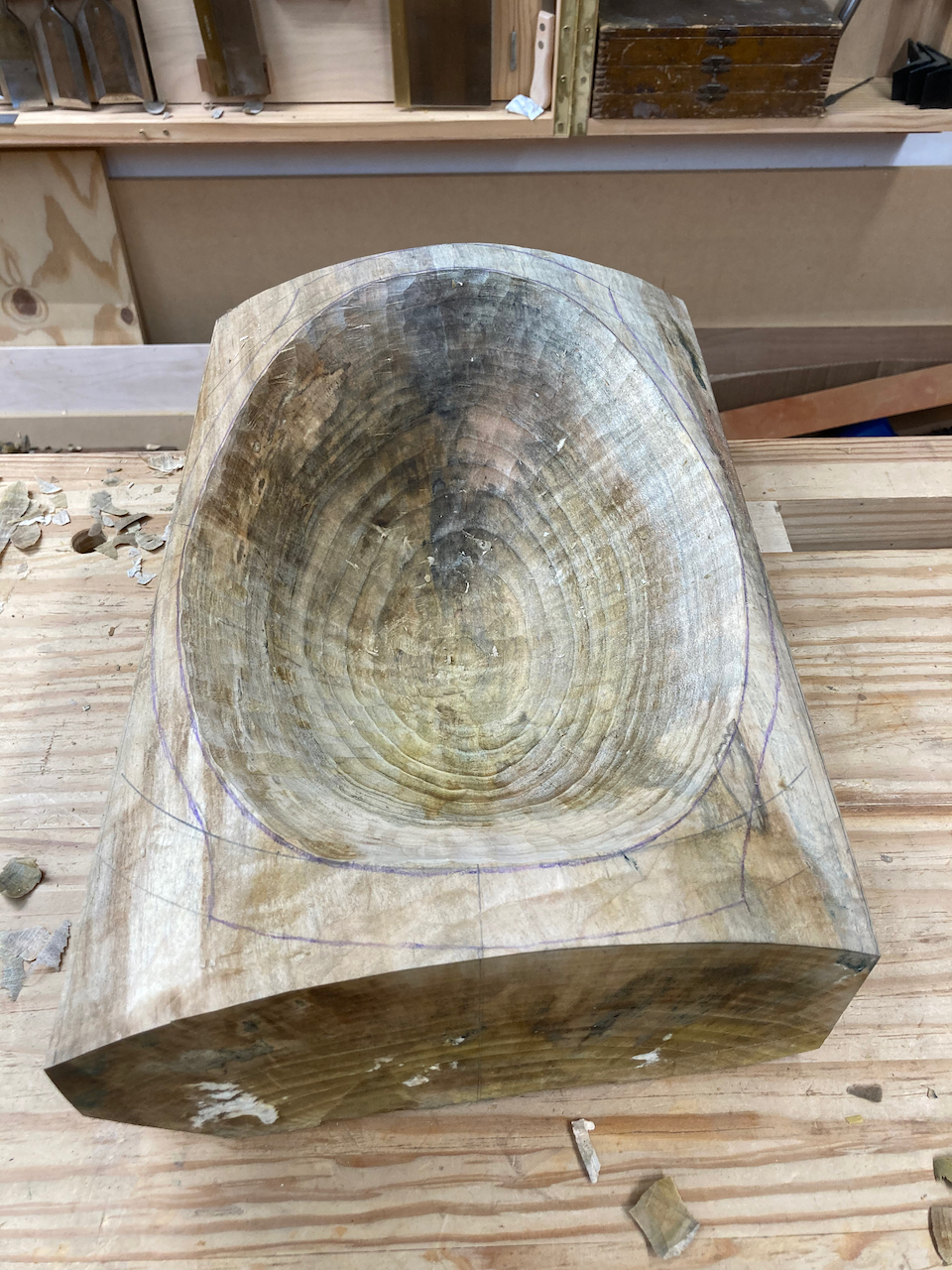 Inside of the bowl roughed in

I also found time to inset another bowtie into the lowrider slab. This time I used a different approach, after I realized I’d done the first one differently than I did the slab in the study project. I cleaned up the outside of the bowtie with a chisel, then marked the outline with my marking knife. 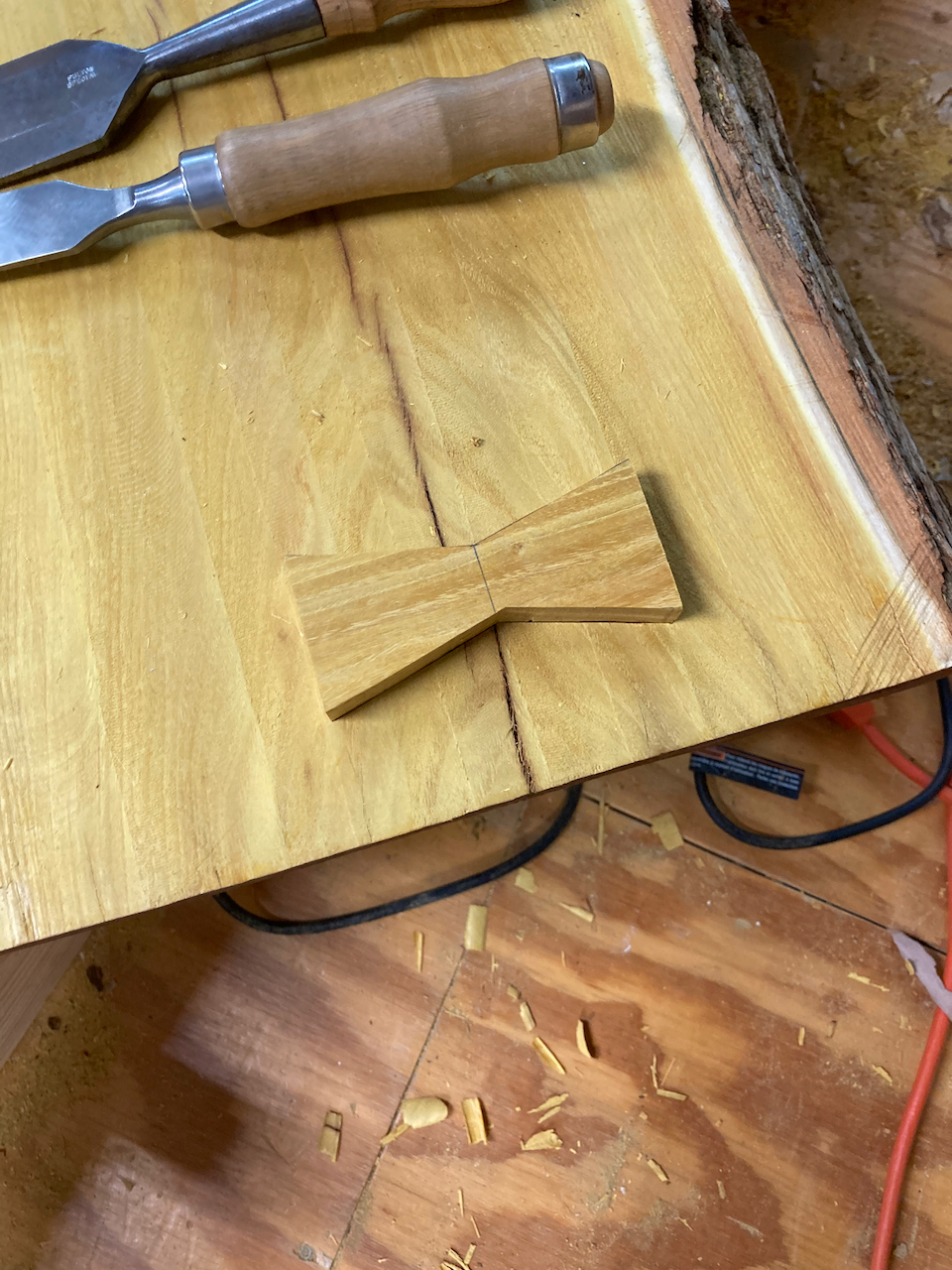 Marking for the bowtie

This has the benefit of being much more precise than a pencil. I then chiseled out to about 1/8" deep, to have a better fit for the bowtie. 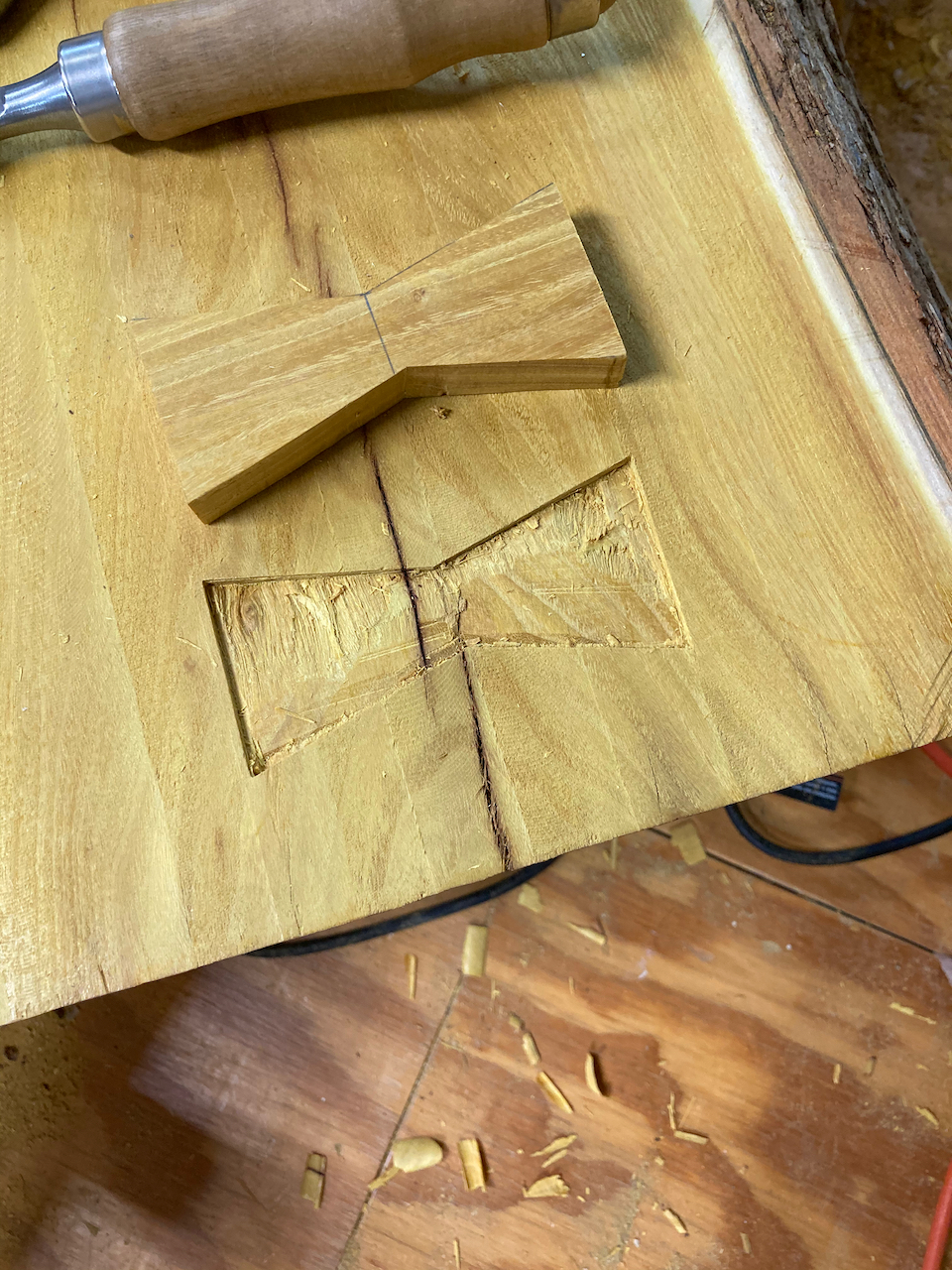 Cavity for the bowtie started with chisels and mallet by hand

Then I route out the bulk of the material with my trim router. I’m not much of a fan of routers, but with care, the router firmly on the slab, in a firm grip, and using my second hand to finess the movement, it goes quite a bit faster than chiseling out by hand. 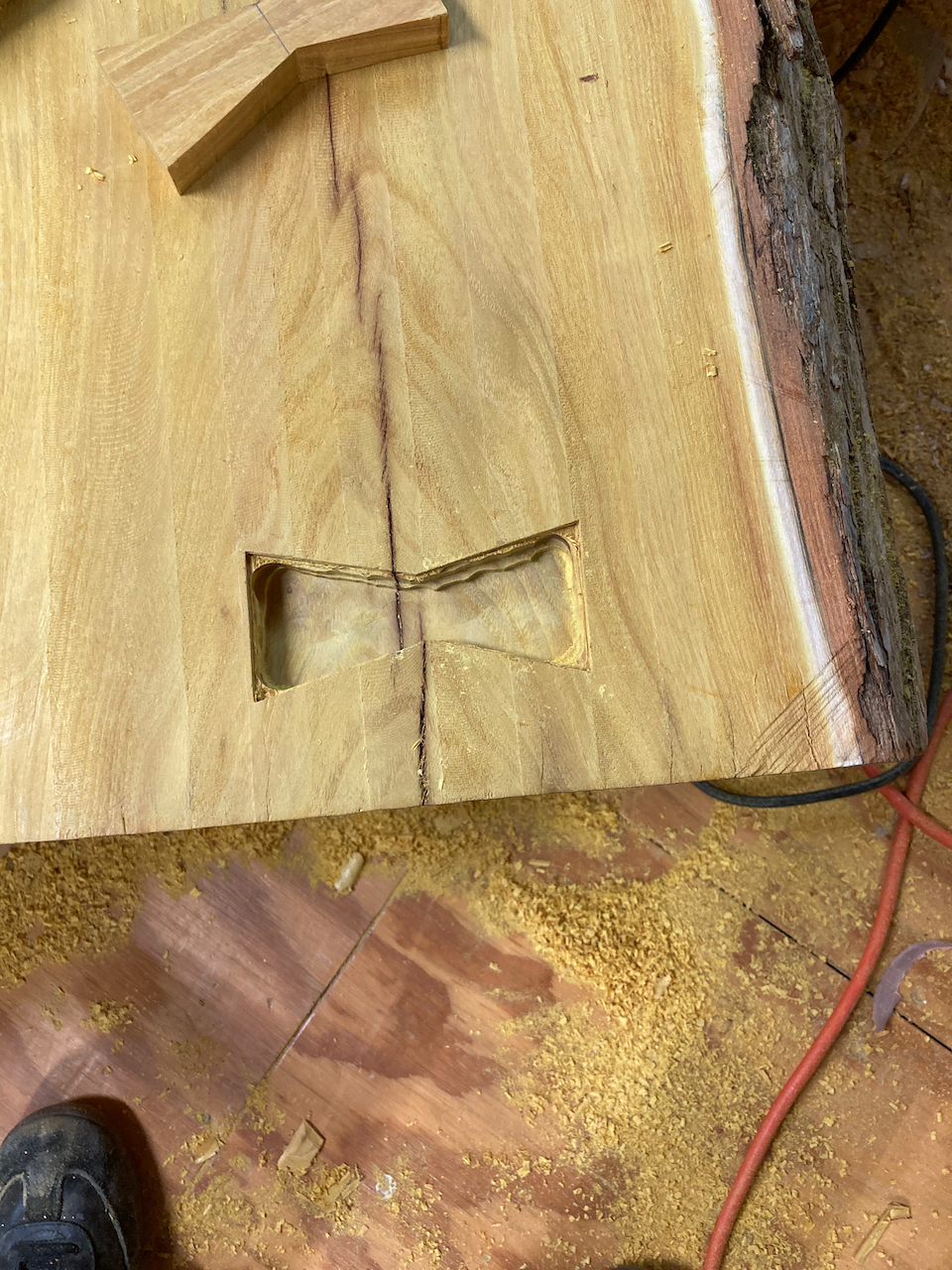 Then, I chisel out the opening, with wide and narrow chisels to make a straight line and to get into the corners.

Bowtie cavity chiseled and ready for the bowtie

After gluing it in, the fit seems better, though I admit I’m not being as precise as I was with the study, since this is for a bench in the workshop. The bowties in the study show no signs of issues and the slab has remained flat which is wonderful and pleasing.

I aim to take material off the outside of the bowl between now and the end of next week, and hopefully get the two long bowties into the bottom of the lowrider slab by then as well. Of course, that’s aspiration, so we’ll see what life allows.