Life got busy, and I did what I often do while learning new woodworking skills: I procrastinated. I’ve gotten better about it over the years, but it’s still something that happens.

Happily, today I got into the workshop for a good four hours. I know I’m incredibly slow with what I’m doing because it’s all new and I’m learning so much. For example I needed to take a staggering amount of material off the underside of each end of the bowl blank. But while I thought that was the case, I was unsure enough that I did it in five passes instead of two.

I was also trying lots of different approaches to find what works. I could write several paragraphs describing what worked and what didn’t, but none of it would make sense without pictures and I was too busy learning to take them.

The good news is the blank is almost roughed out. Now that I’ve got something that looks at least somewhat like a bowl, I can see some adjustments I aim to make to the shape, a couple of which I’ll likely do tomorrow, and some of which will wait until after it’s dried. 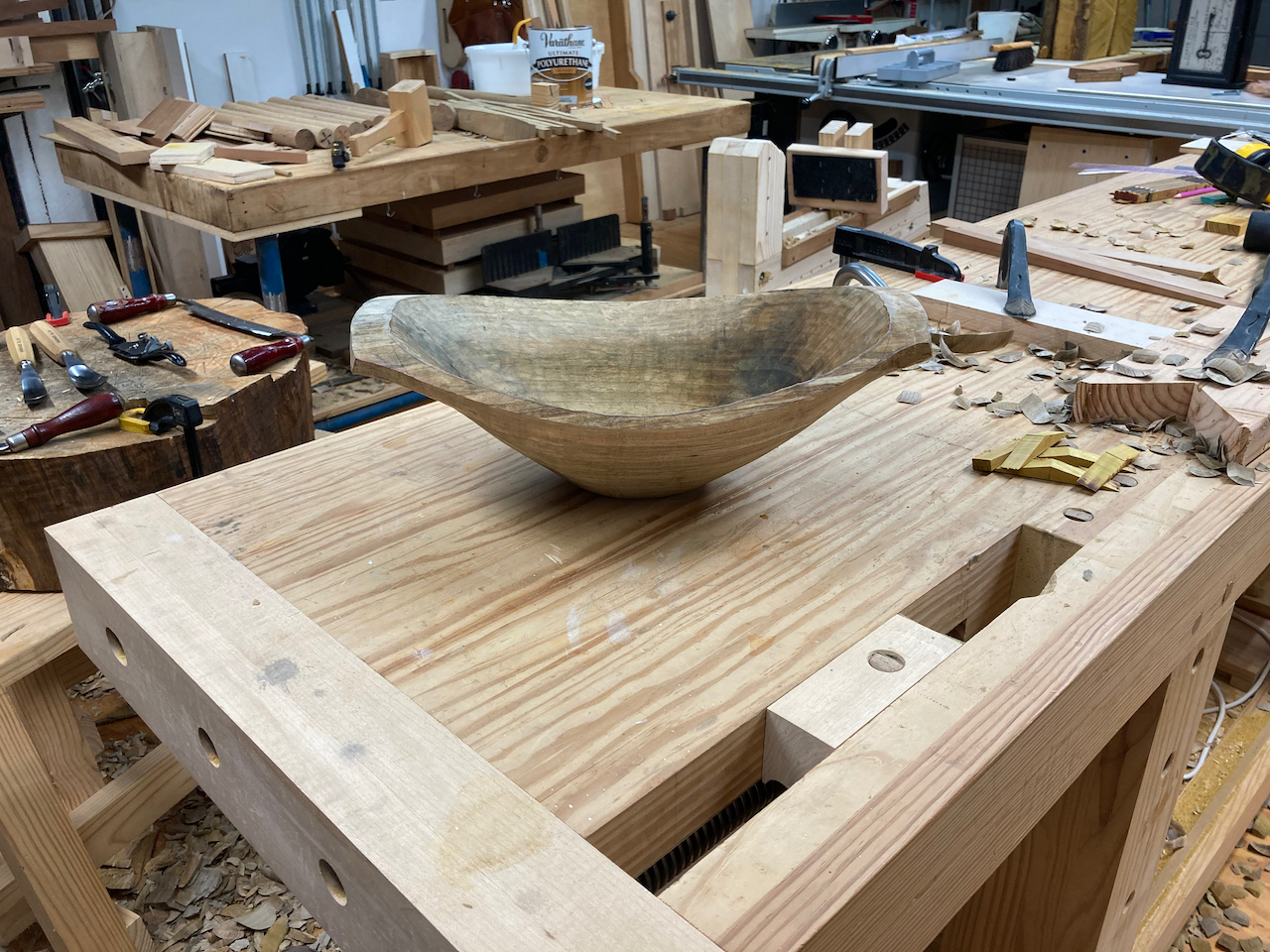 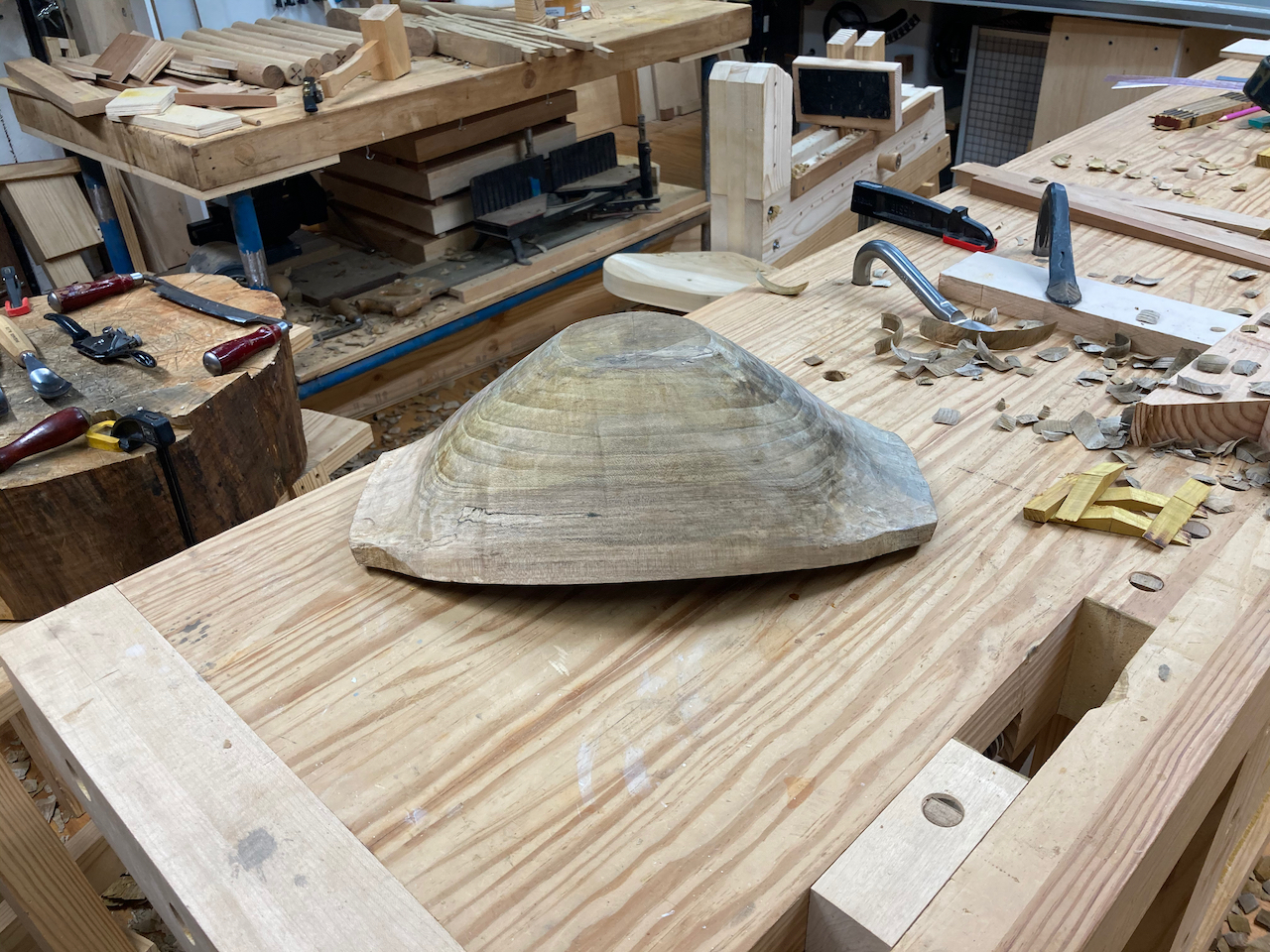