Flattening the second slab, side one.

We had a nice Valentine’s dinner this evening, and watched some TV together. Then Teresa wanted to wach watch the Olympics so I went to the workshop to work on flattening the second slab. This slab is fairly twisted. If you look closely, you may be able to tell the far right and near left ends drop off quite a bit, while the far left and near right are quite high.

This slab will end up a fair bit thinner than the countertop slab, but that’s fine for a window seat, and will likely produce a more pleasing proportion since this slab is also much shorter than the countertop. I believe the thinner board will look better on the shorter piece.

I started off somewhat conservatively, taking relatively shallow passes to assess if I had the slab aligned properly to take off the least material feasible. After a couple of passes, things were looking good. 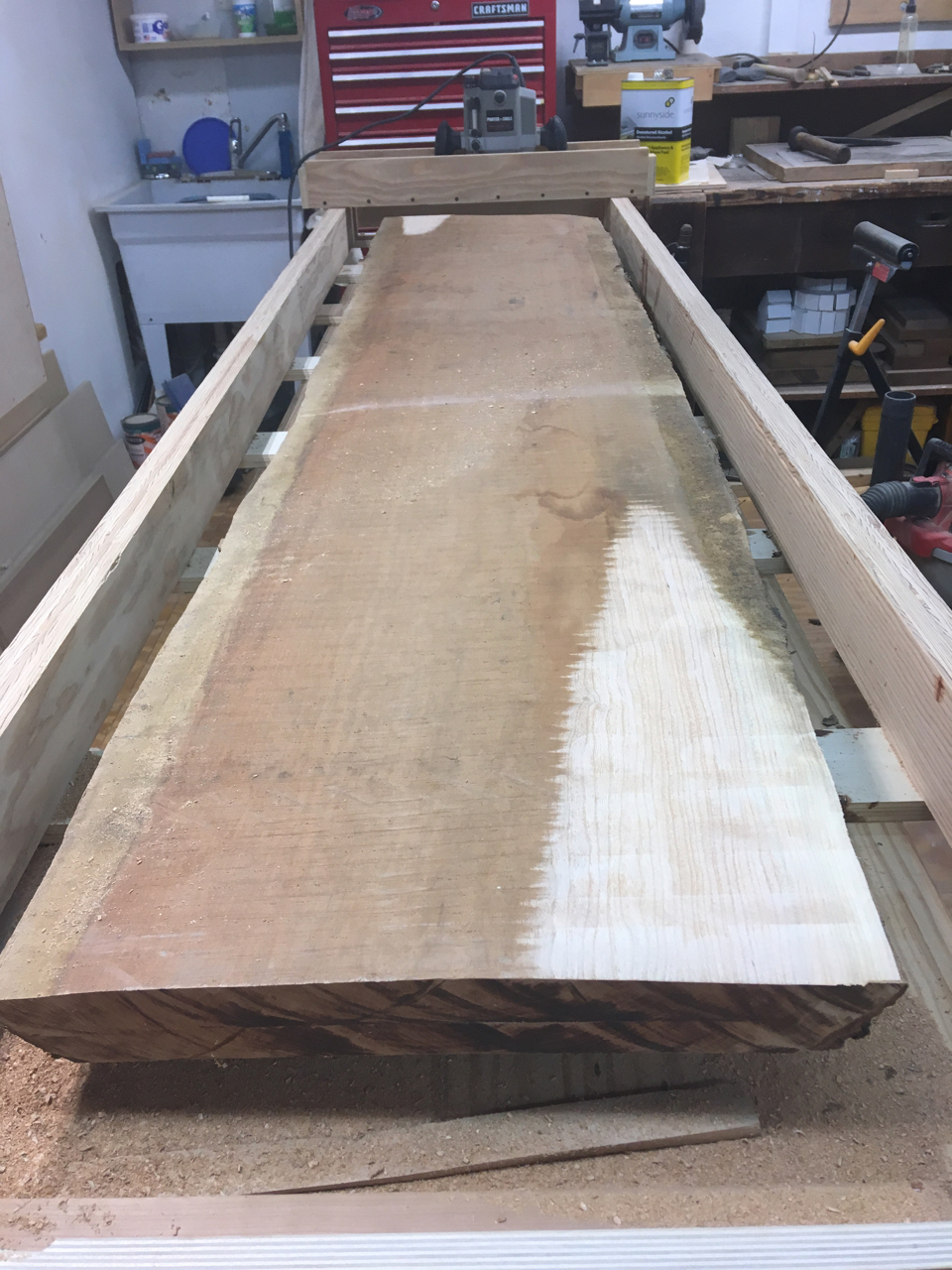 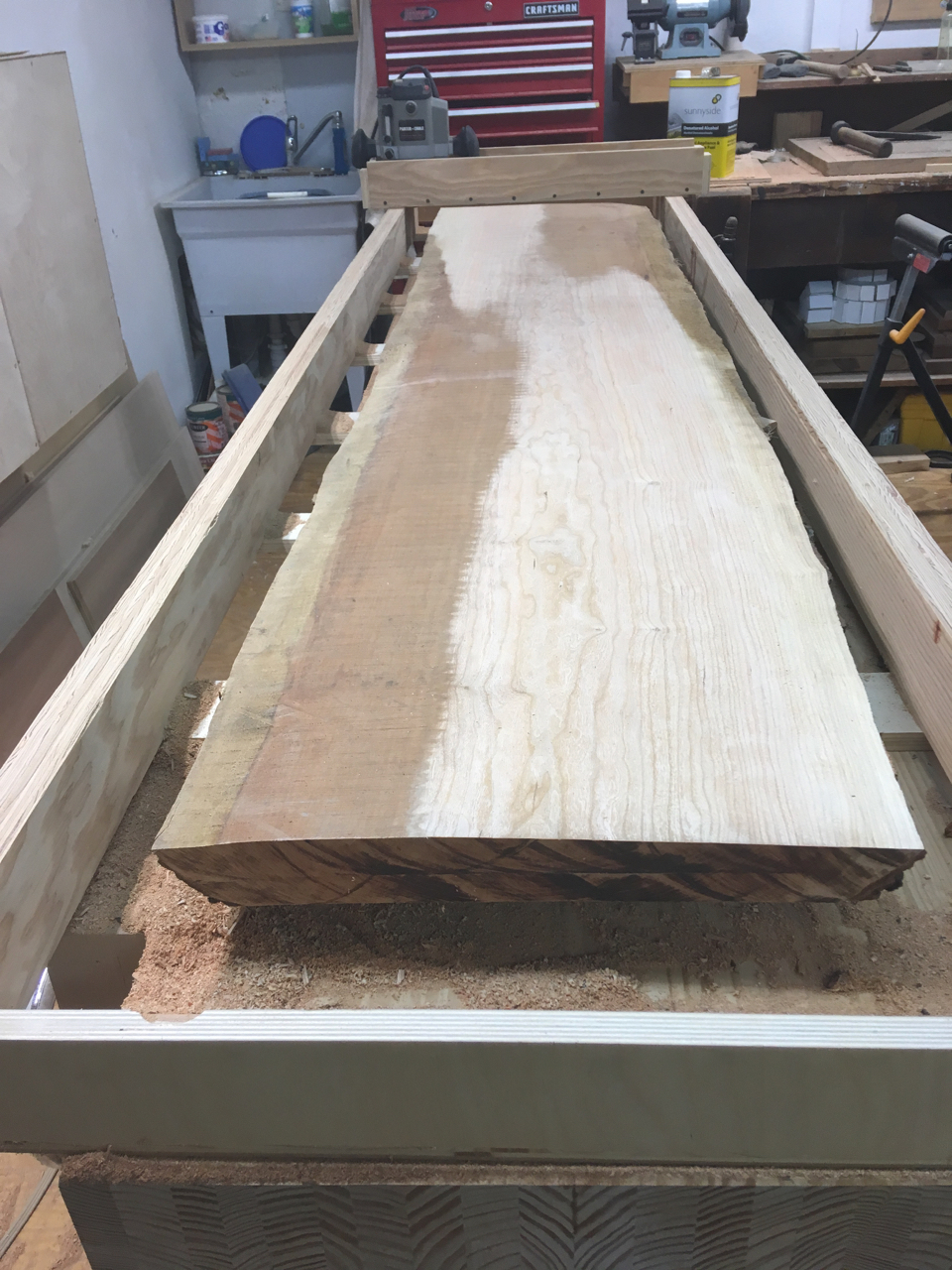 I checked the moisture level of the slab and found it was right around 7% everywhere I checked, which is excellent. So I got more aggressive, moving more quickly and taking more material with each pass. 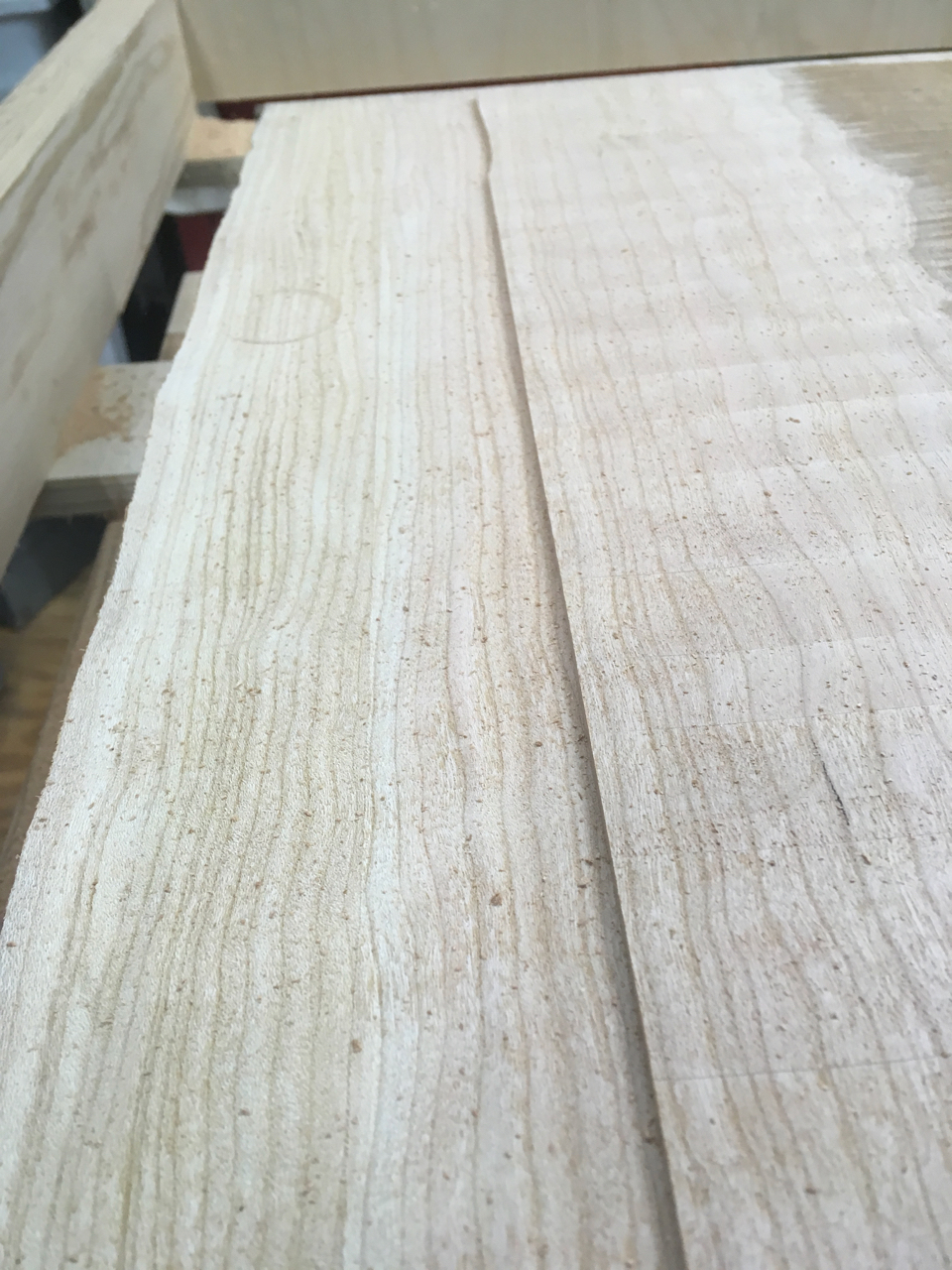 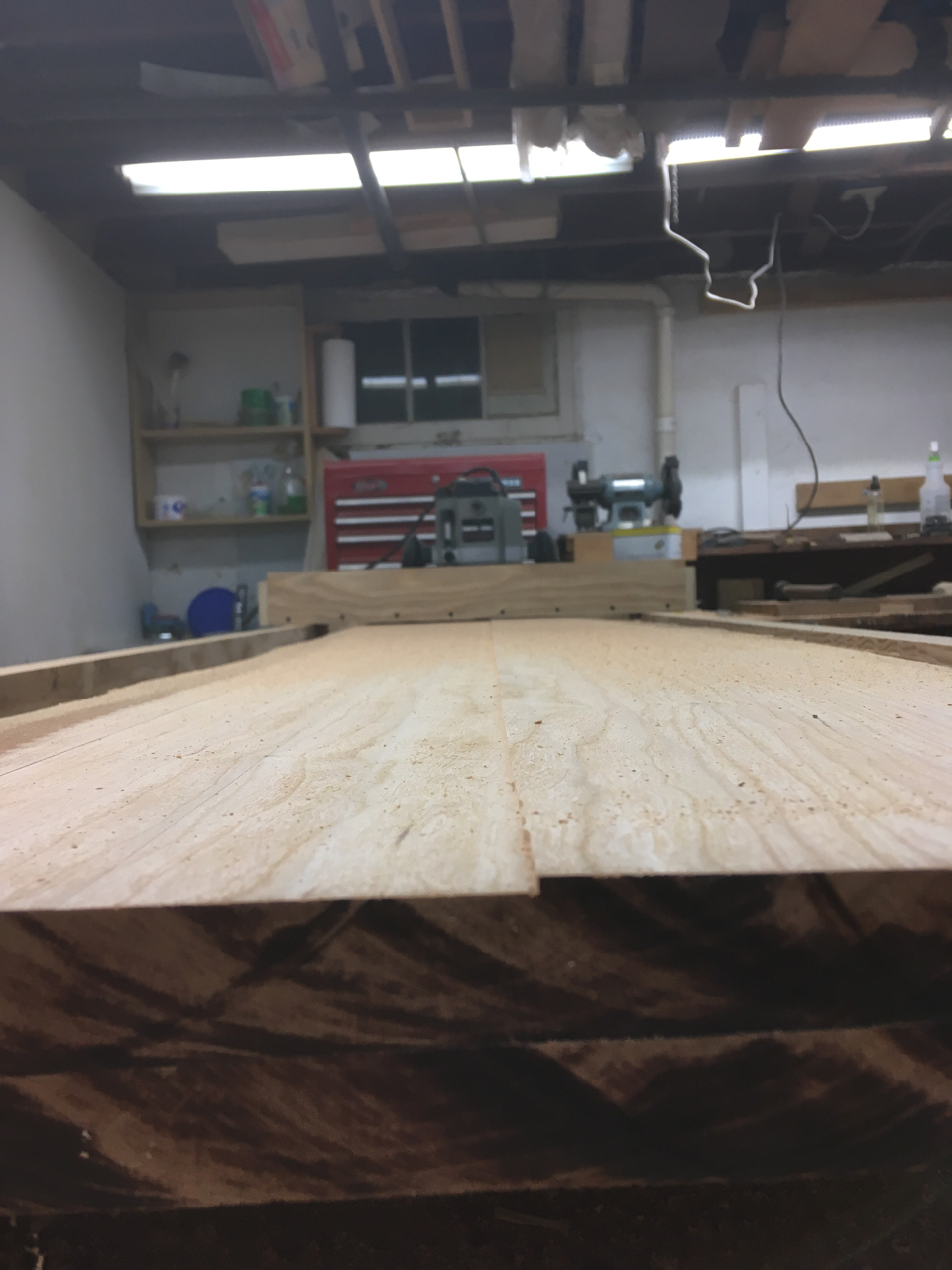 It’s a good thing the slab sits below the edge of the fixture, as my more aggressive passes sometimes threw out large slivers of wood that would otherwise have hit me 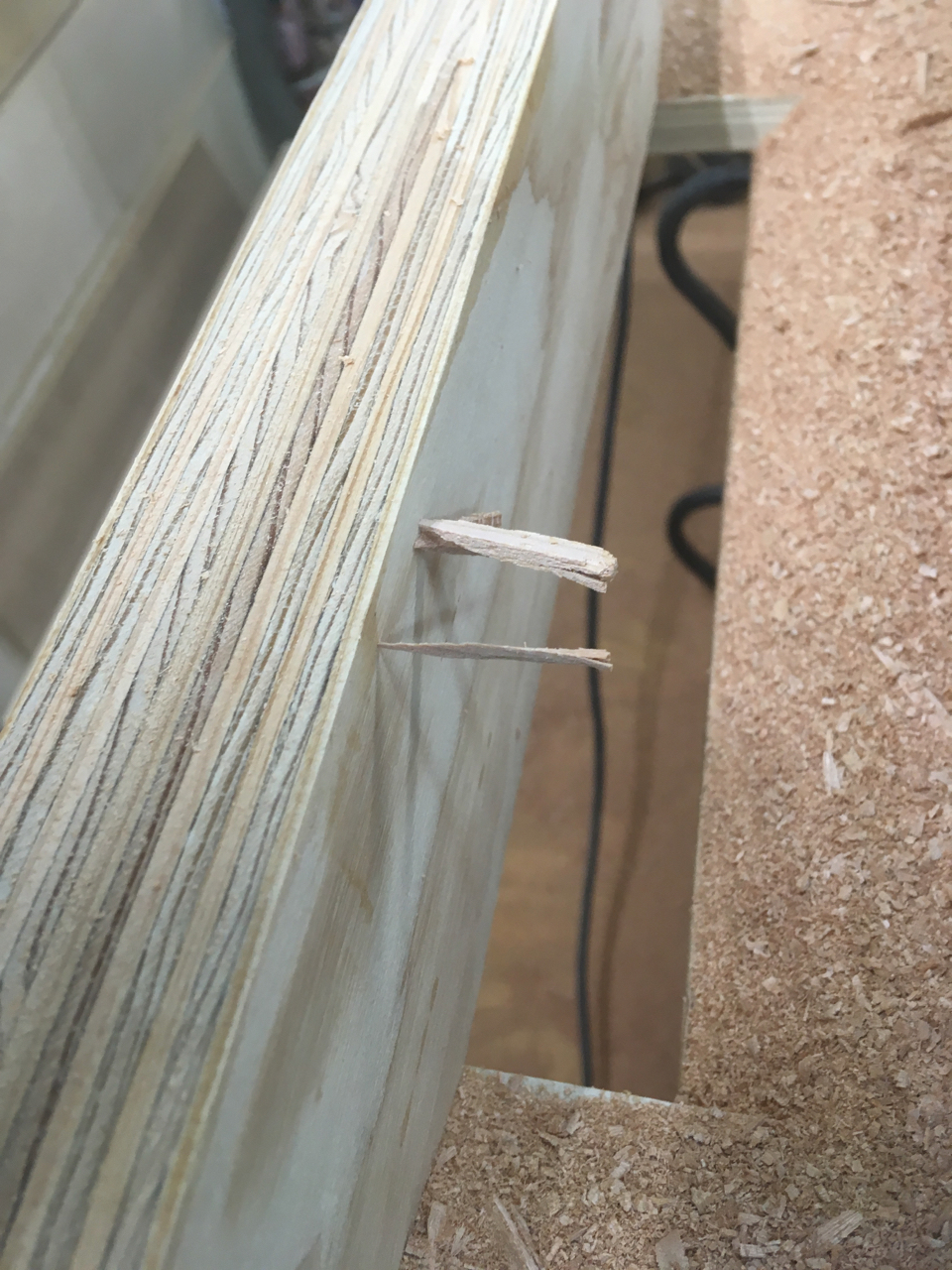 In less than two hours I had flattened what will likely be the top. 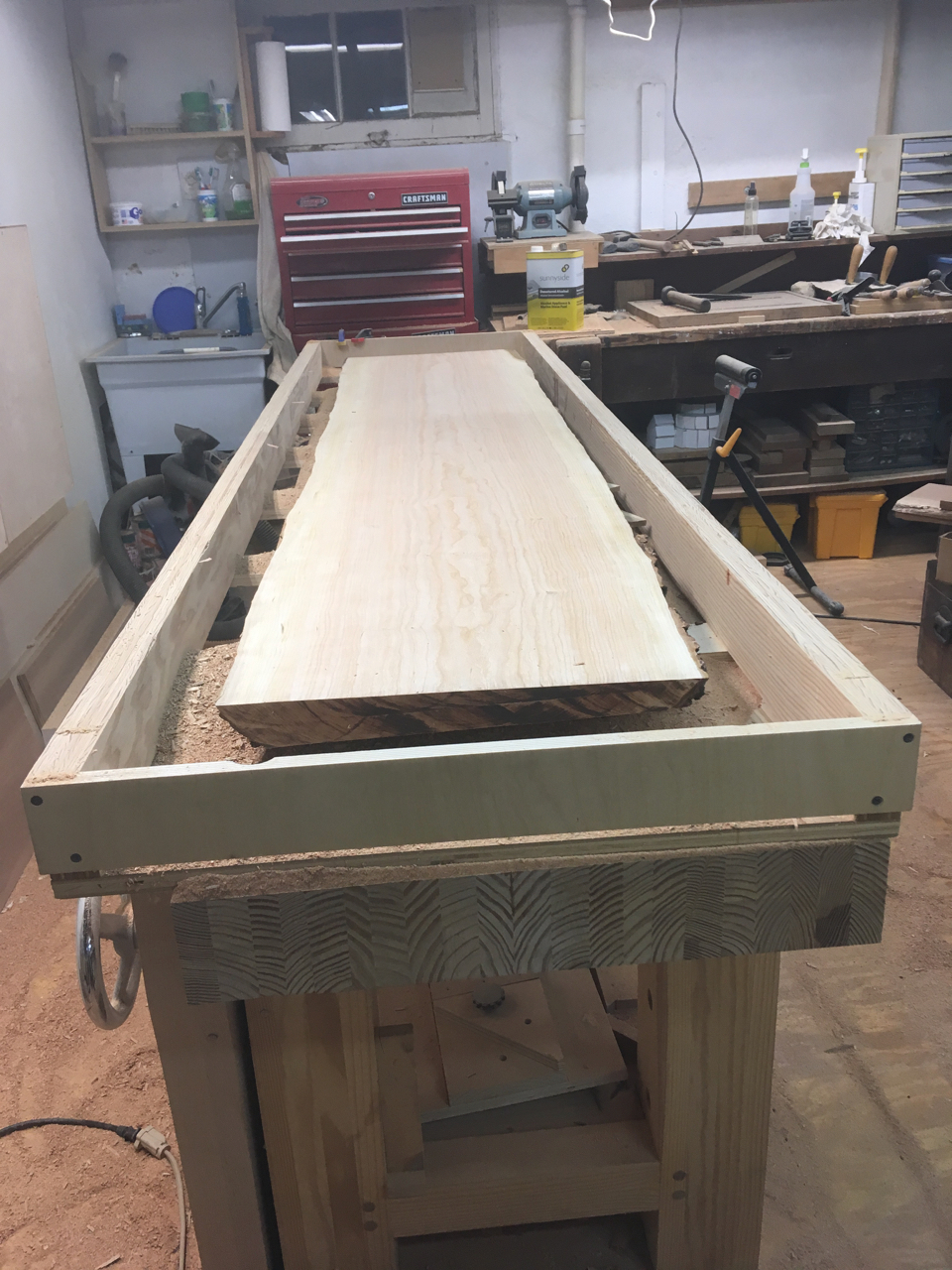 I then removed the slab, flipped it over, added blocks to bring it up to a good height for starting on the second side, and knocked off pretty much all of the remaining bark. 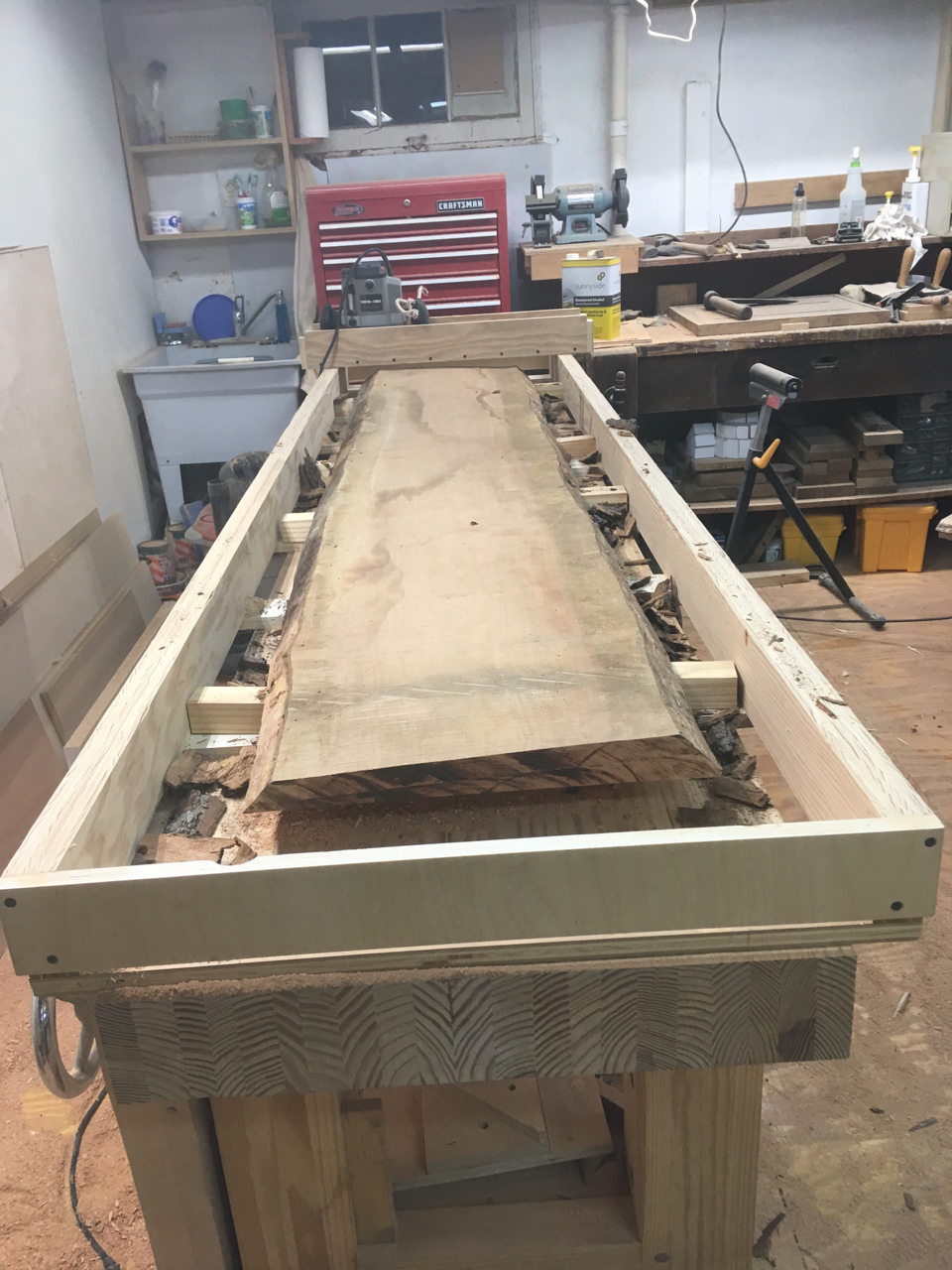 Considering how long the first slab took to flatten, this was like the blink of an eye. Side two will hopefully go as quickly.