I made a channel for the networking wires, using my stacked dado set to cut stopped grooves along the back. 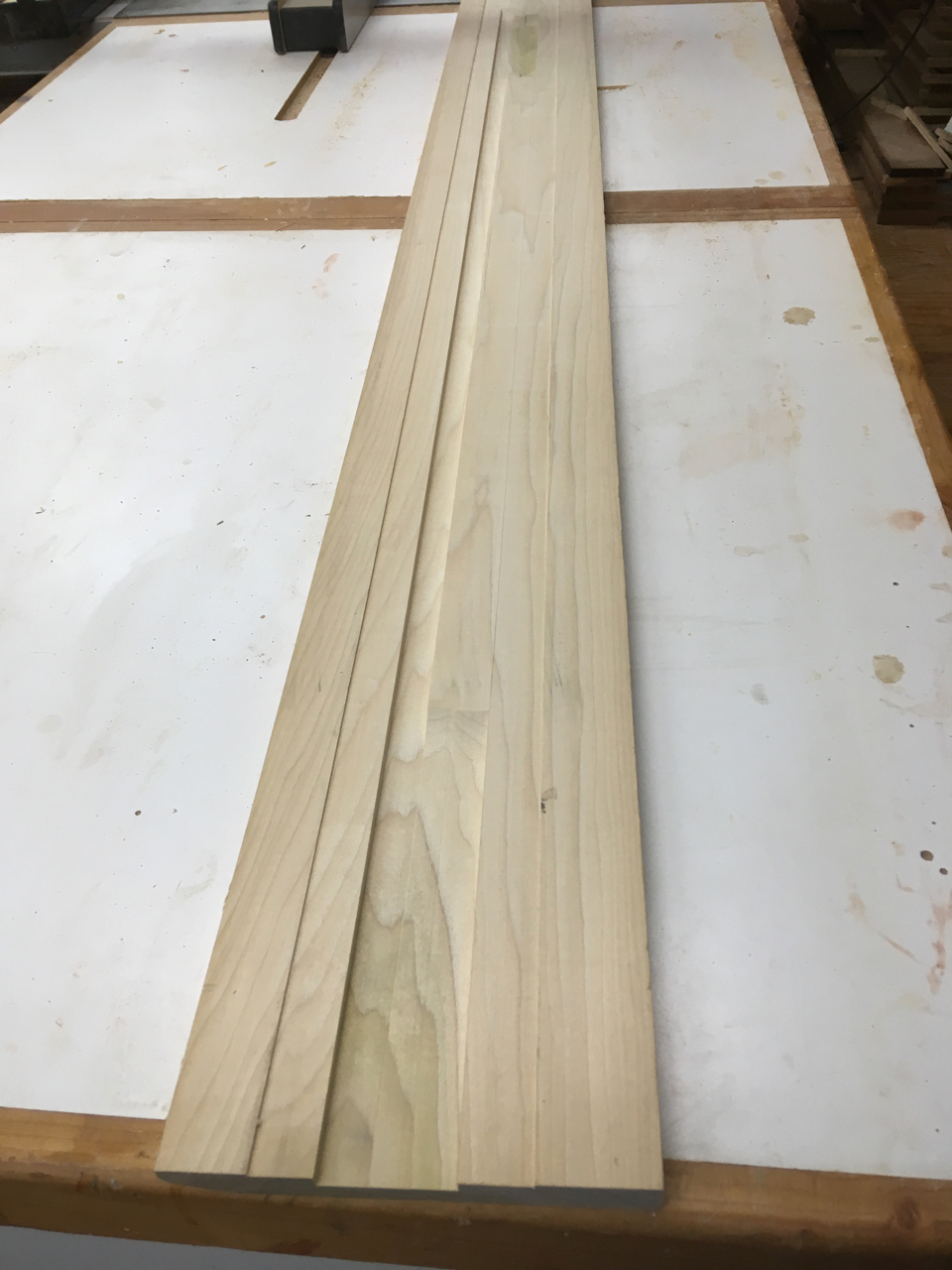 I then cut out each opening, such as this one for an electrical outlet. After marking it, I drilled four holes with my eggbeater style drill. That gave me access to use my jigsaw to cut the opening. 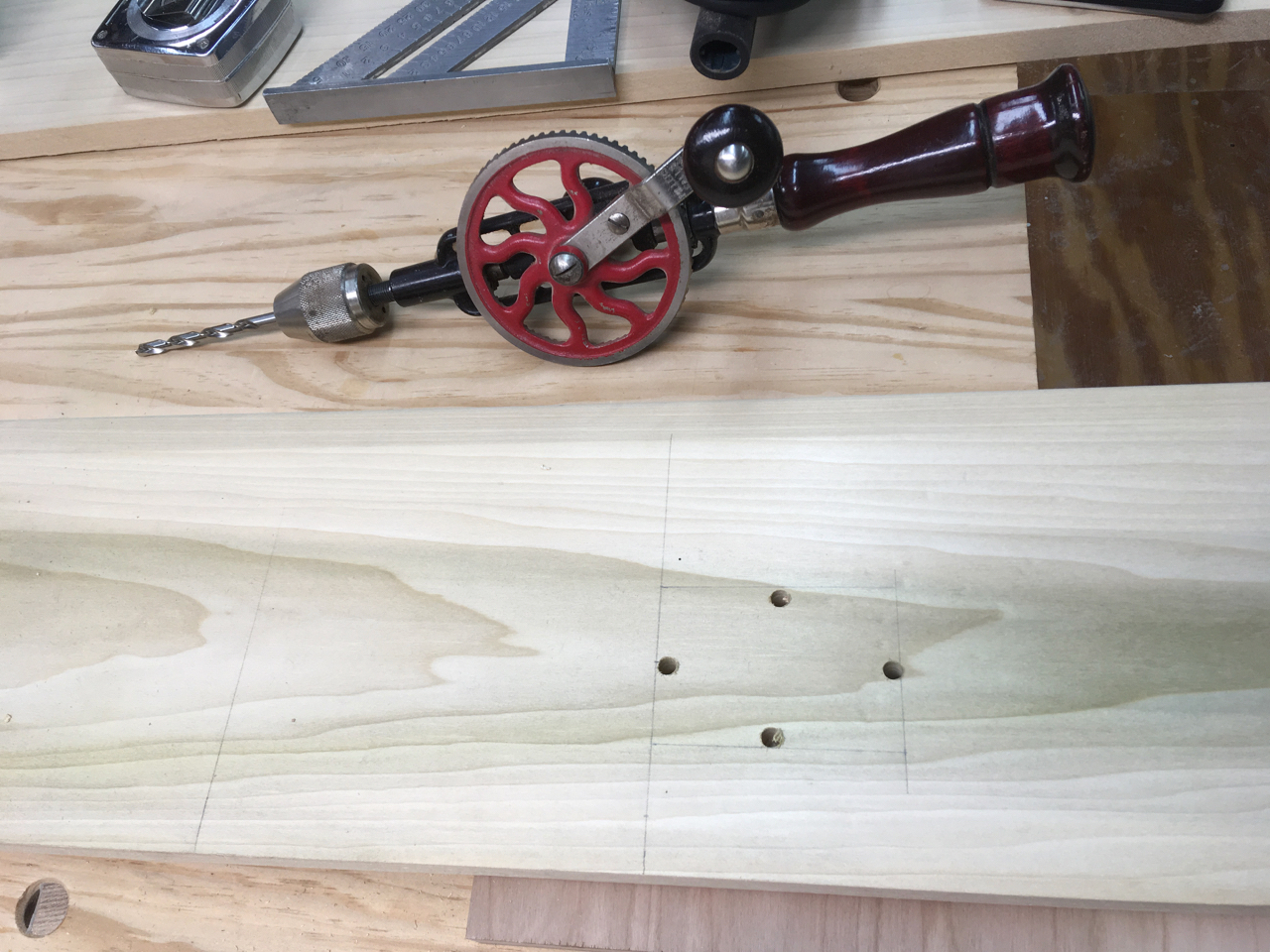 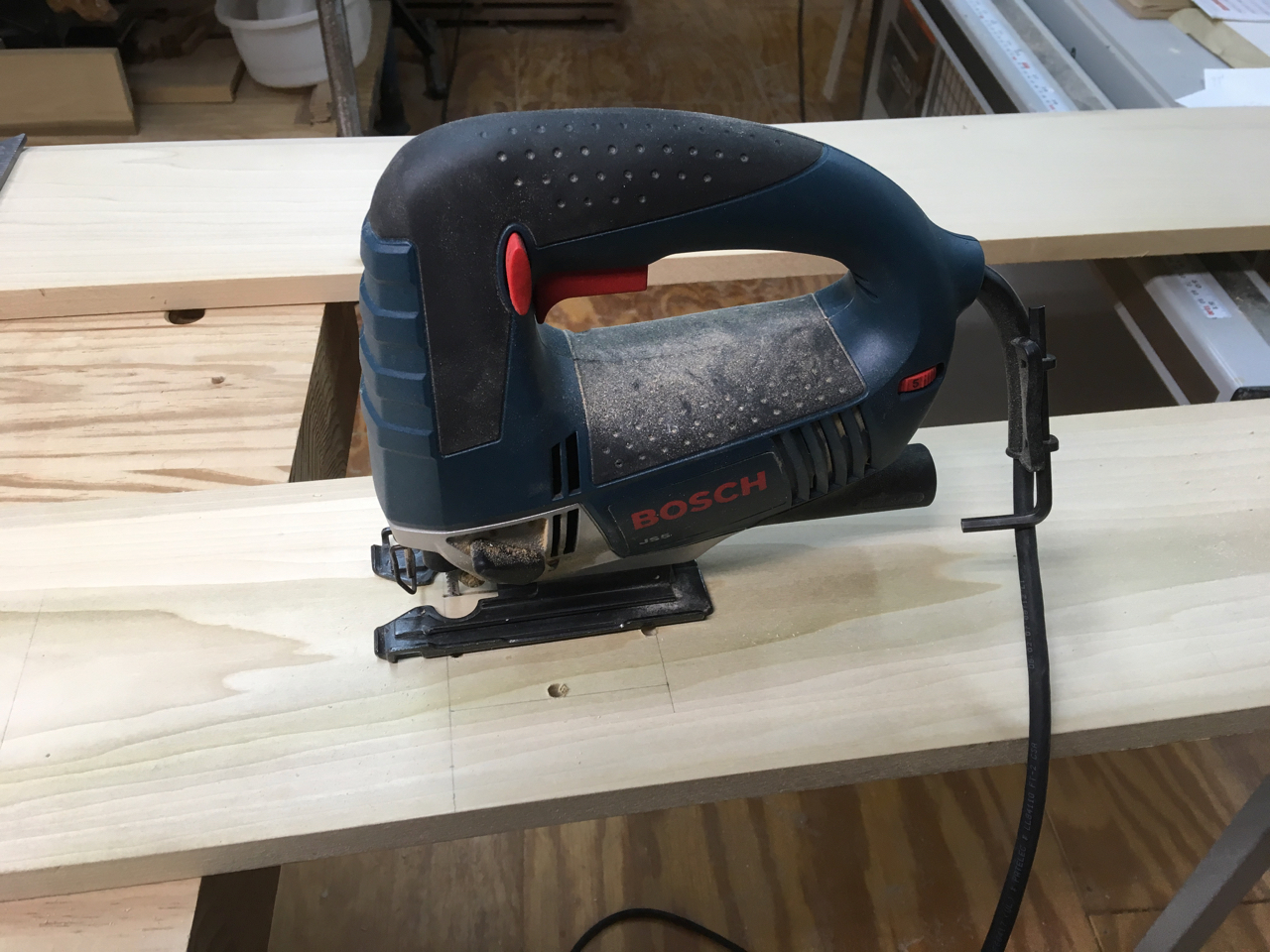 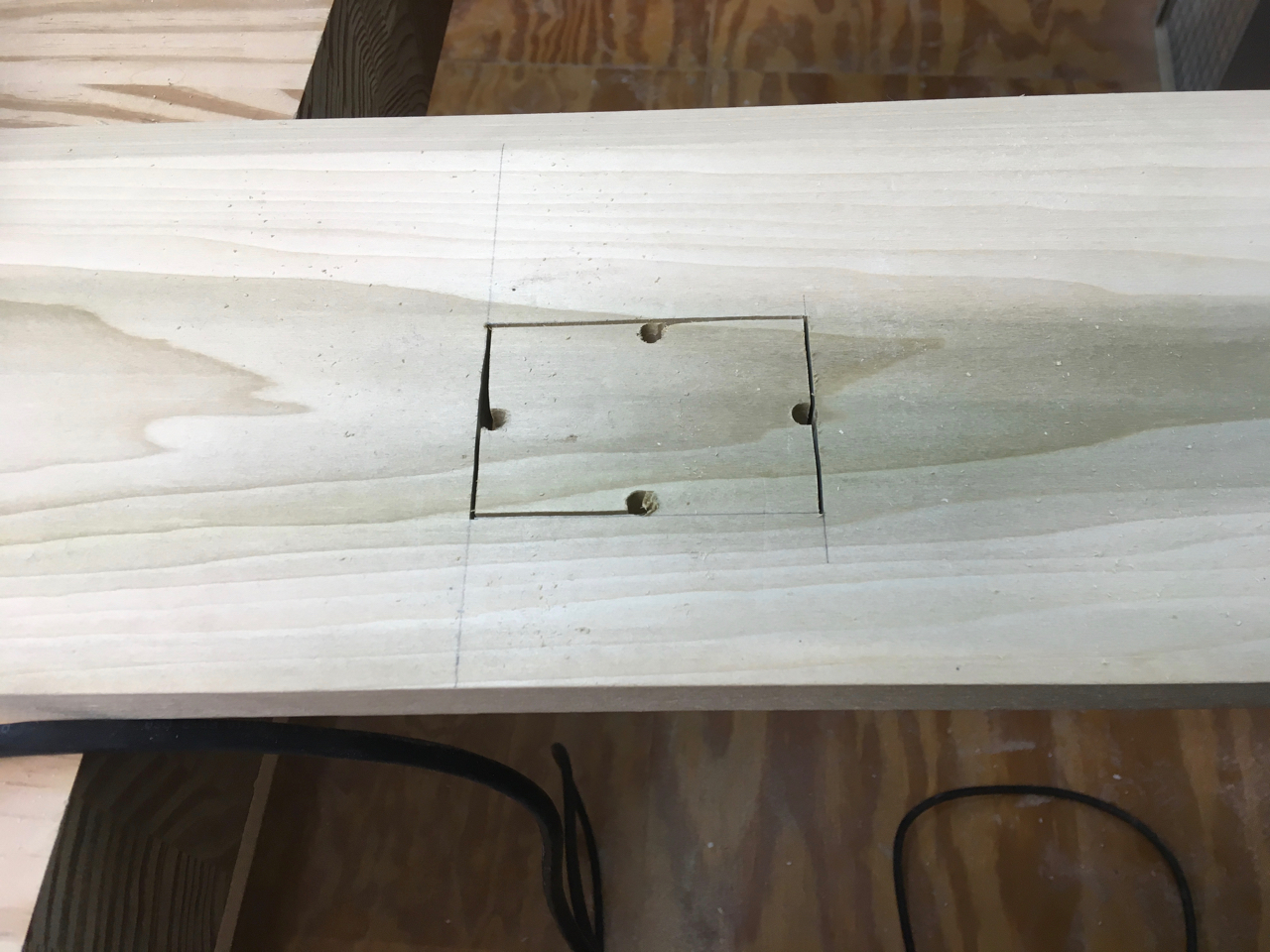 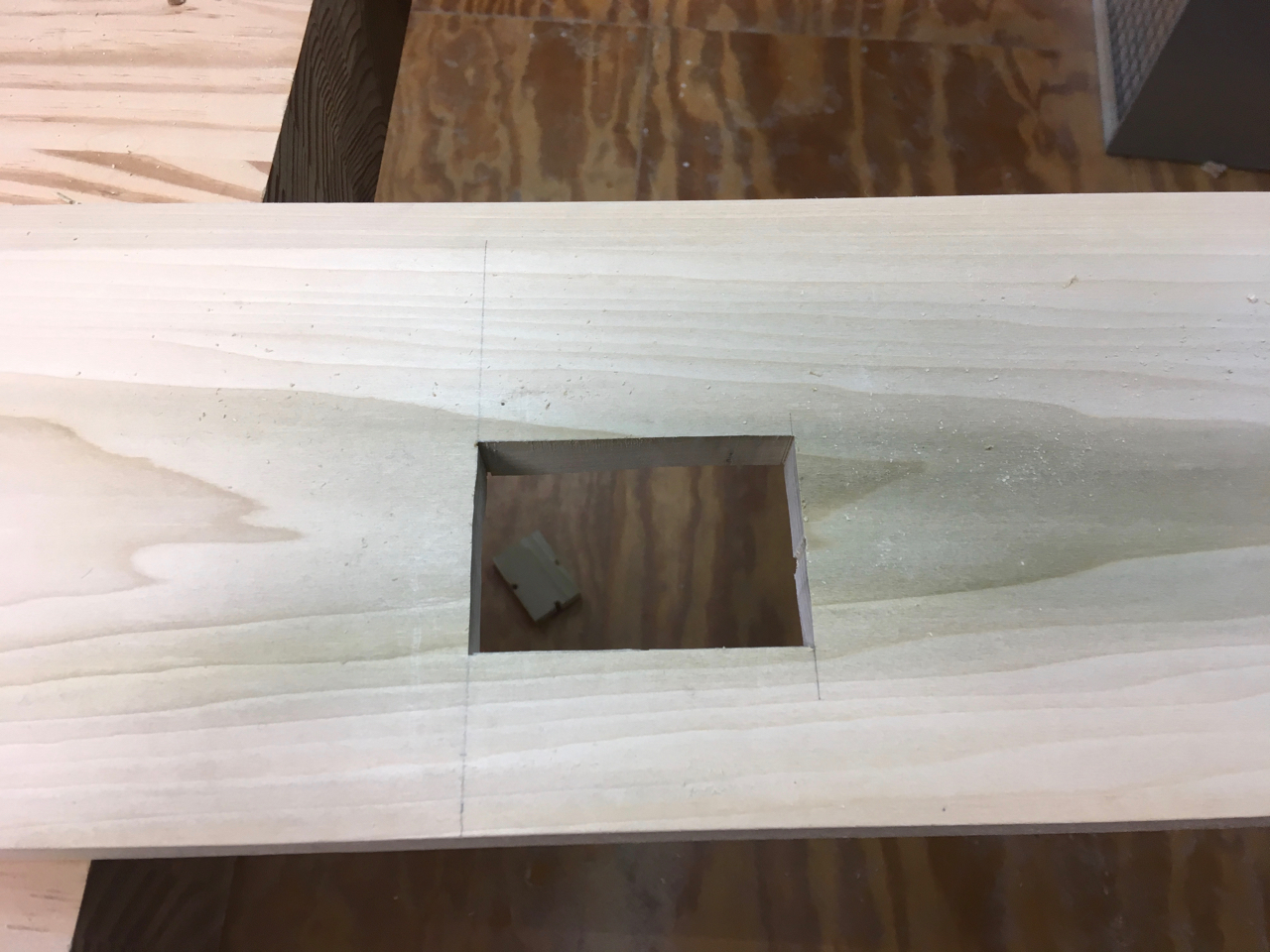 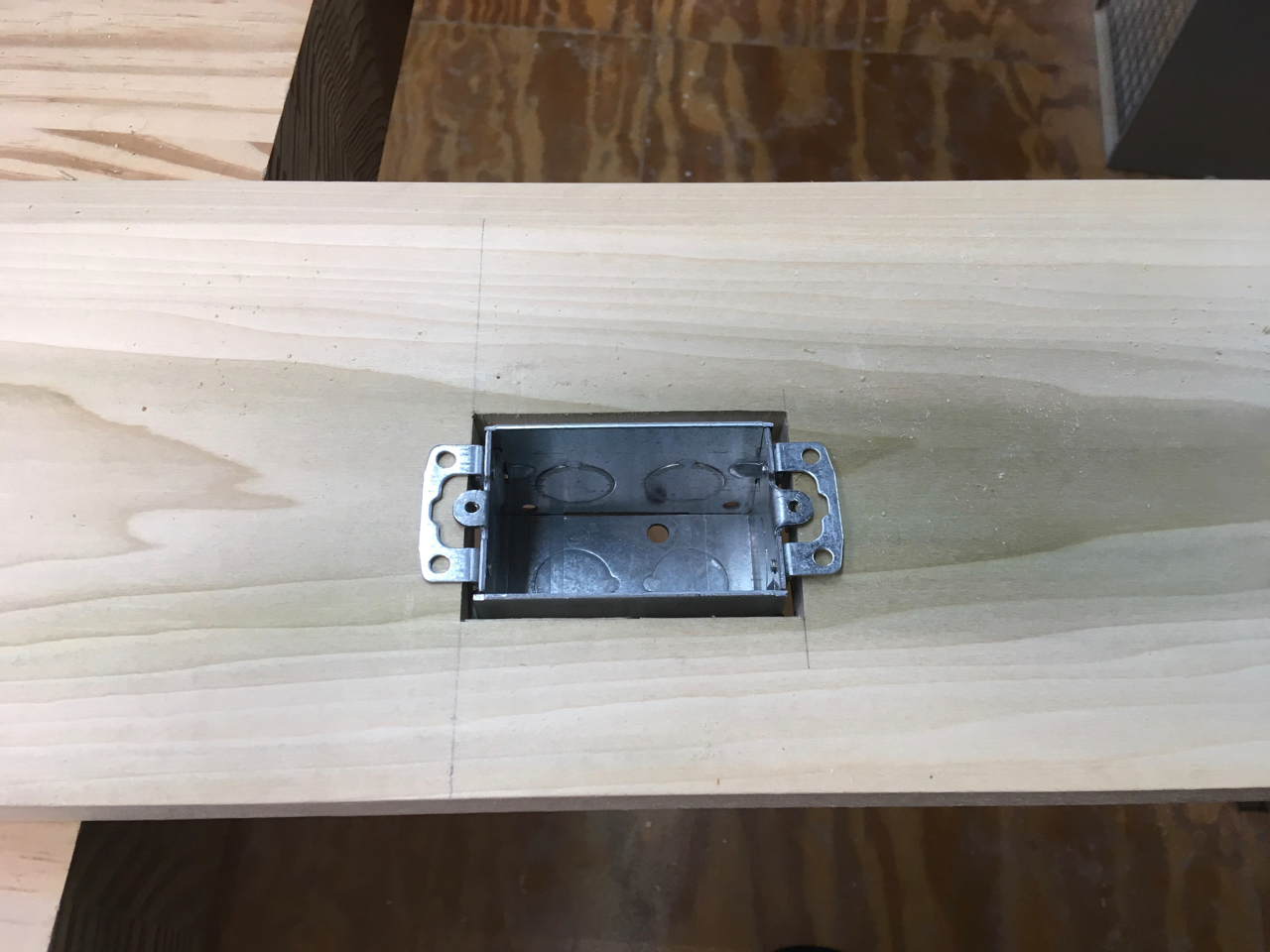 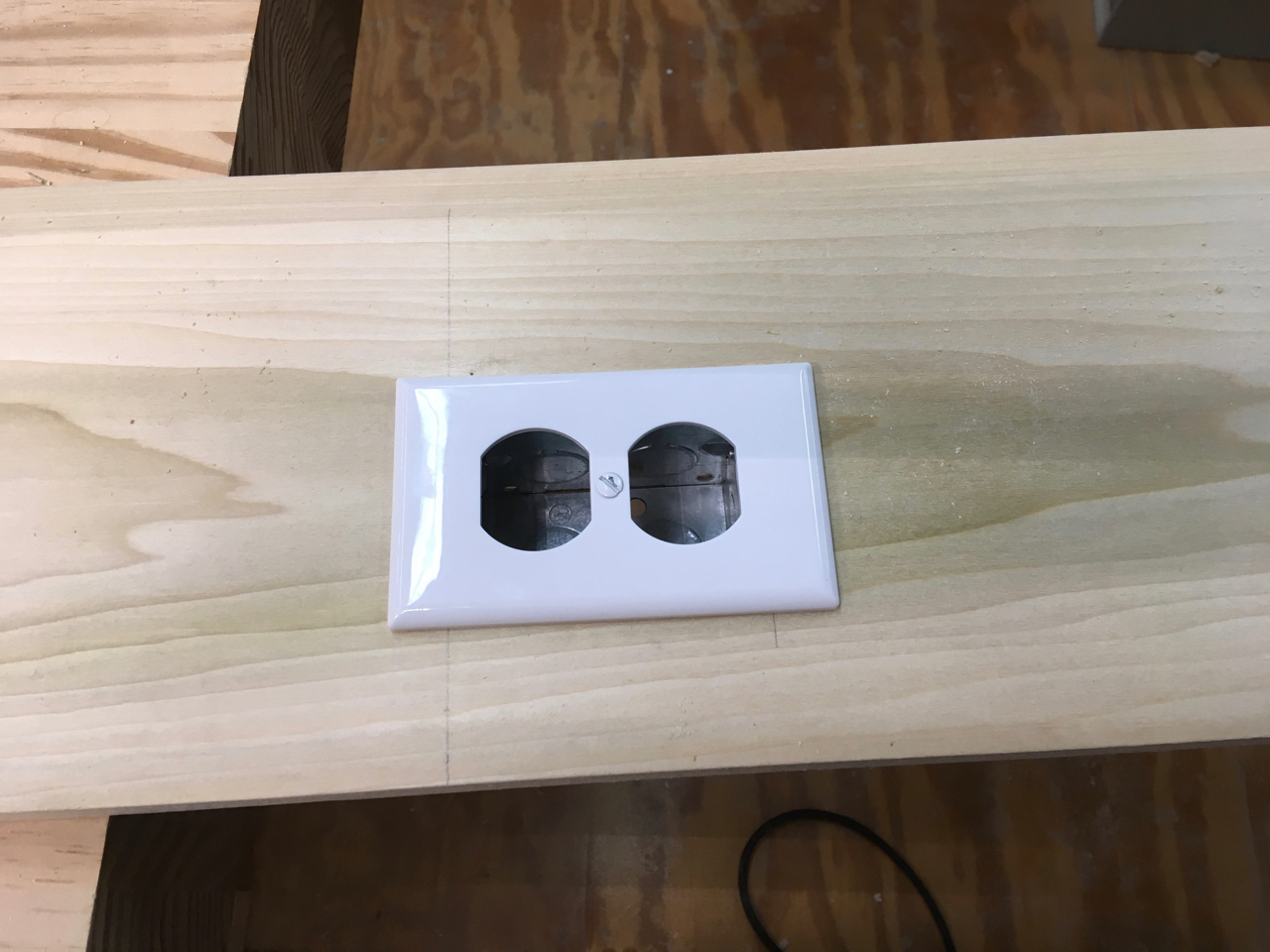 I then primed front and back of both baseboards and sanded the fronts.

Installing the boards took a while. The south one was just a bit too snug and I used a block plan to take material off the left edge. I only had to remove about 1/32" to get it to fit. 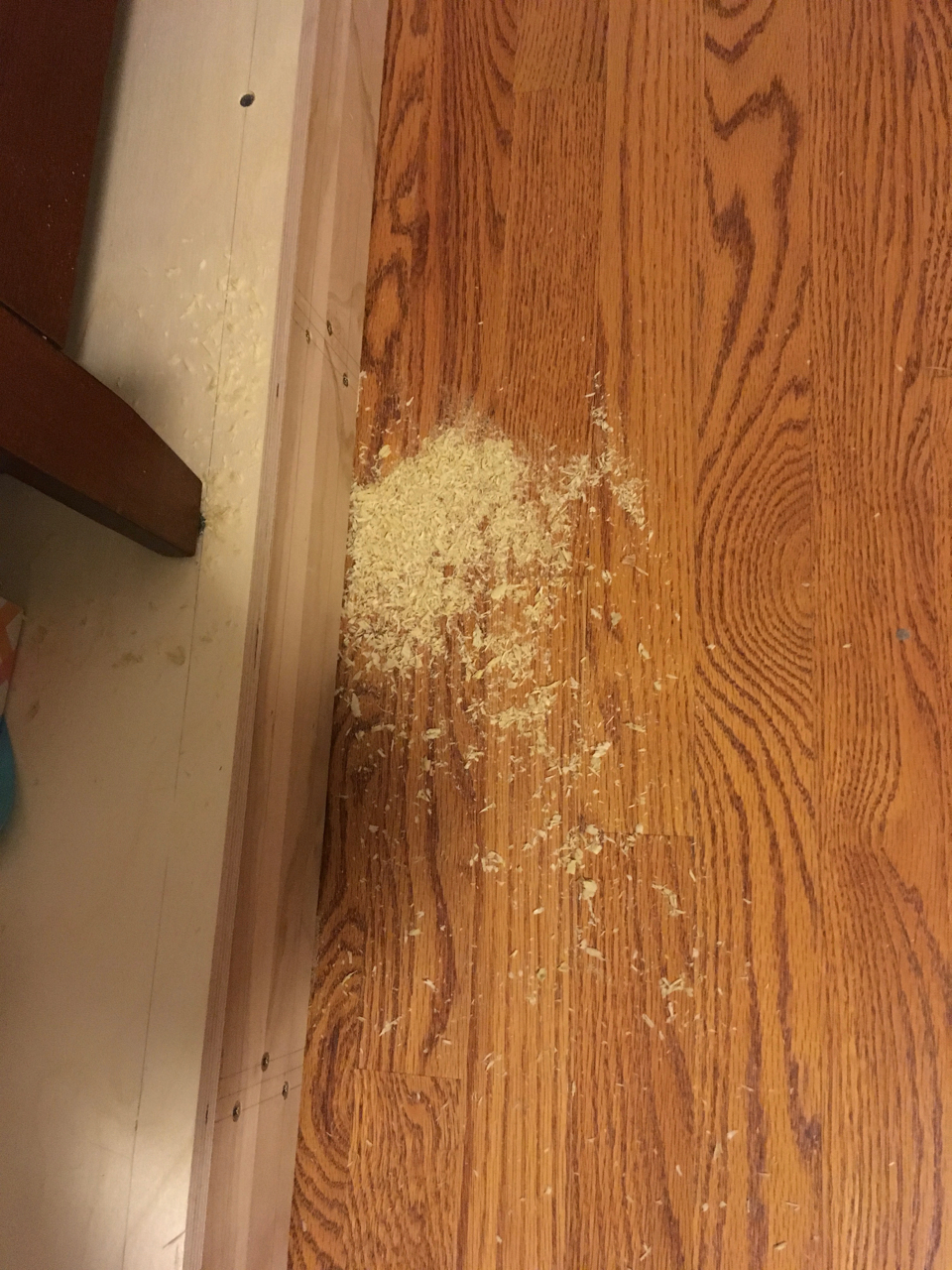 I installed the electrical and checked it and the networking before I nailed the baseboards to the wall. 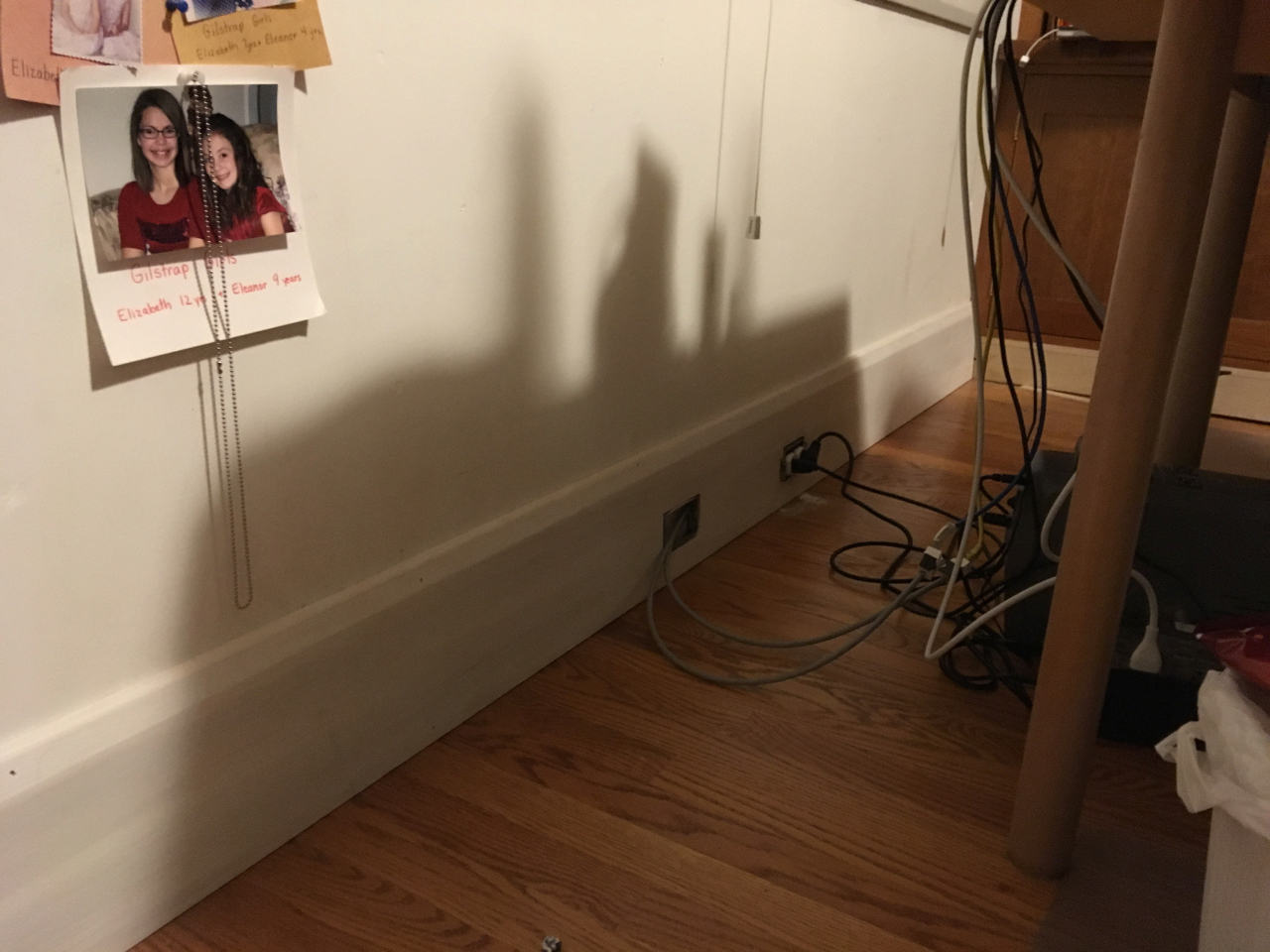 I need to patch a hole in the north wall, fill the nail holes, sand the filler in the baseboards and the door trim, and get two coats of paint on everything. Later, I’ll paint and install base shoe (similar to quarteround). But I’ll do that at the same time I install cherry base shoe for the west and east walls, basically at the end of the project.

I also need to shorten and install the networking wires, but that’ll be a task for annother day.